If you're hosting some special gathering at home, you must have to go through this superb series of homemade DIY Beer Tower Ideas before it. Because When you throw parties at your home, you want them to be perfect. But there's always one thing that spoils the fun – an excess of empty bottles and cans strewn around the place. The DIY beer tower is the solution! Although it looks spectacular and impressive, making one yourself costs nothing. Just follow these simple ideas we provided, and you can have your beer tower within a few days! The basic beer tower is simply a cool way of dispensing beverages to all your guests, so there's no need to break the bank when building one. We'll guide you through the various DIY beer tower ideas that can help you save money while still getting an awesome drink dispenser! 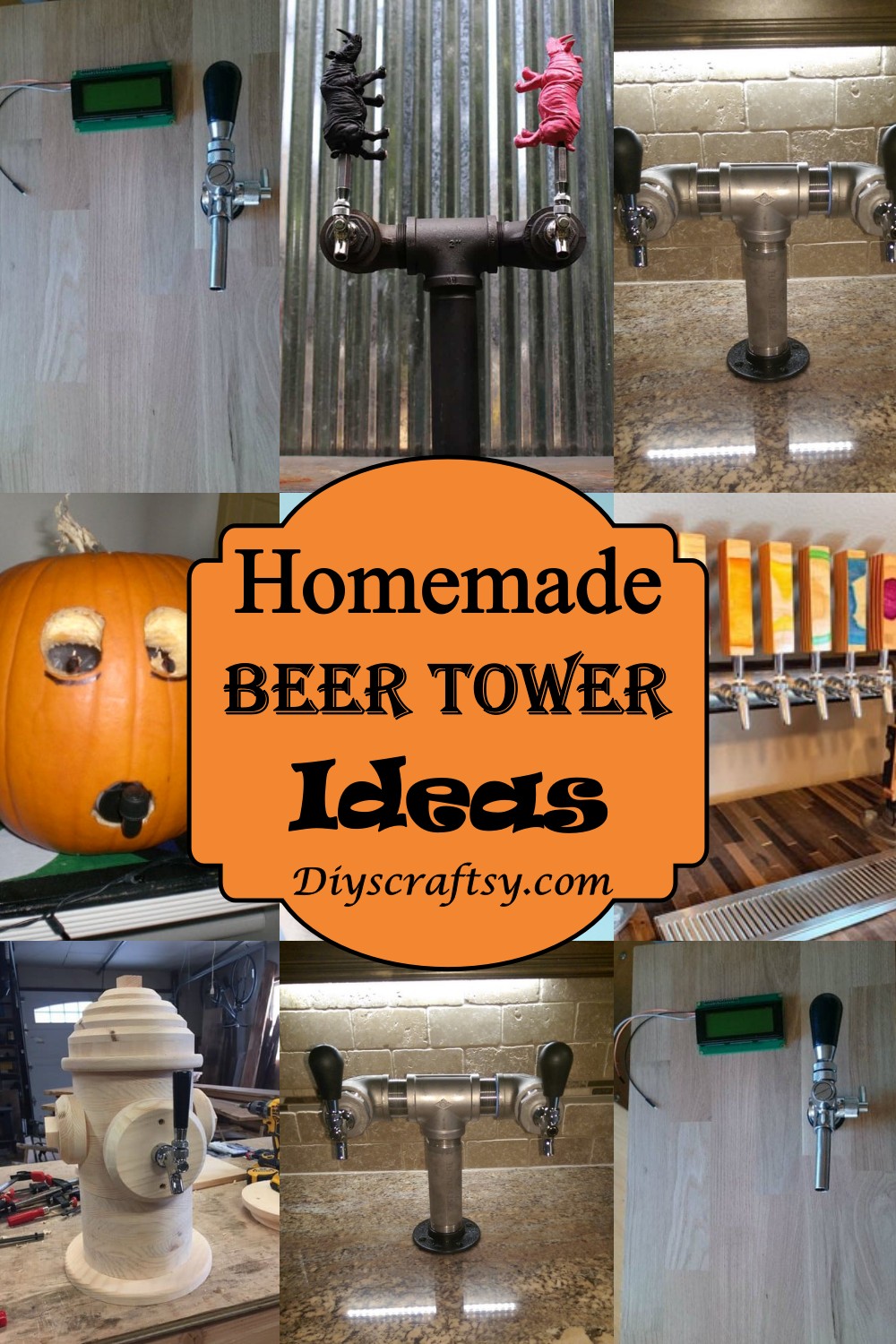 You will learn about different DIY beer tower ideas here in our collection that are sure to amaze your guests. What's the end of these fantastic beer tower ideas is your imagination level; you have to select the appropriate place where to install your beet dispenser stations, select the best idea from our given series, gather some supplies and finish up with having some remarkable and unique draft beer tower for your parties and regular late-night gatherings also. Who needs to buy a big beer tower if you can make one yourself and personalize it the way you want? Here are 17 DIY beer tower ideas, in this regard.

You can assemble your beer tower system to complete your home bar collection. And thanks to the detailed step-by-step tutorial video found in this article, you’re going to learn everything there is to know about building a two-tap beer tower. In more detail, an air regulator, a keg coupler, and other necessary parts are included. For just under $100, this two-tap beer tower will surely be easy on your wallet. The tower also fits in most draft beer systems, which means you can use it with the existing system or replace the current tower. It’s really easy to set up, so if you own a keg system and want to spruce it up, this two-tap tower is the perfect fit. 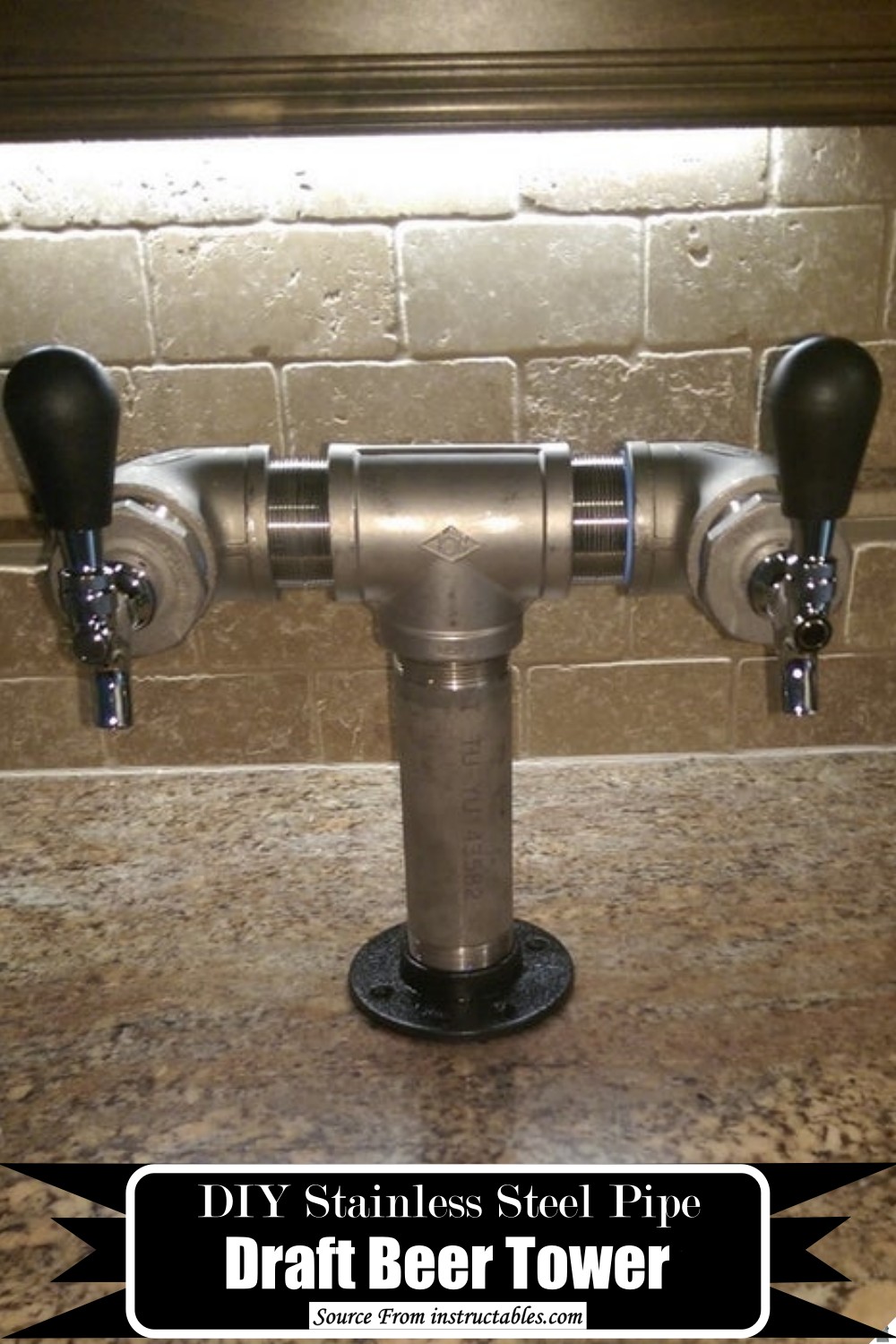 Installing a draft beer tower is an ideal project for DIY hobbyists. It’s an easy-to-make draft beer tower with only a little bit of black-metal welding. This DIY stainless steel pipe draft beer tower is two-tapped. We’ll show you how to build an extra keg refrigerator in your garage with this kegerator building tutorial. Adding a beer tower to your home bar is a great idea and an easy DIY project for everyone. With the right materials, you can be enjoying your beers at home in no time! It’s easy to make, very sturdy, and without all the work of trying to find a stainless tower that fits your home kegerator system.

This short video tutorial shows how easy installing a Tripel Karmeliet draft beer tower is. Hook up the beer tower to your keg to get the fresh, tasty brew flowing when you are done. The best part about installing your own Beer Tower is that you can hook it up directly to your keg, so you don't have to worry about going through the hassle of refilling and then having to hook up the faucet all over again if you bought the keg at a store, great! But how do you get it home and then into your fridge? Watch this video to see the easy way." 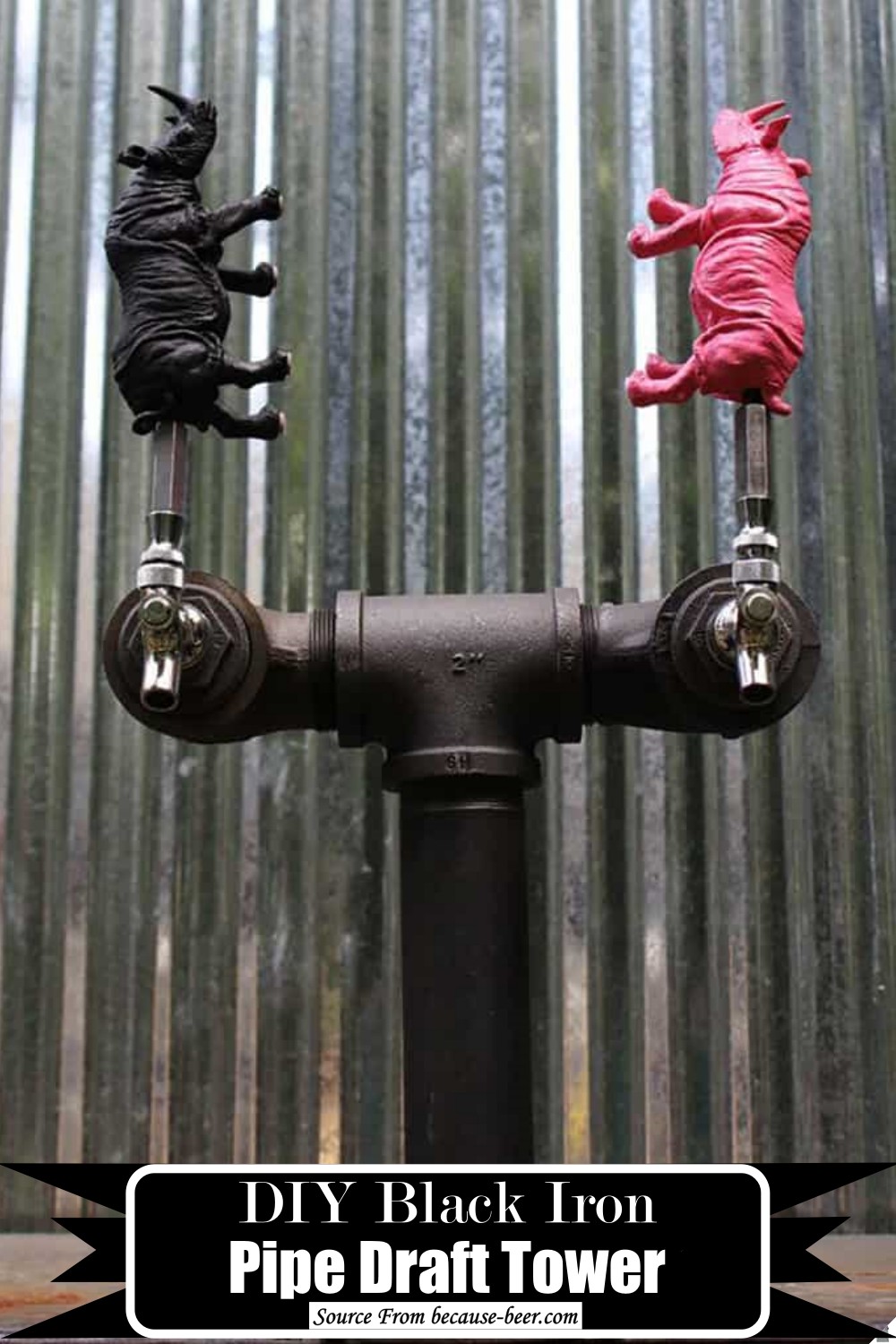 The inspiration for this DIY draft tower came from Pinterest and some cool black, industrial-looking draft towers I saw. Using an easy-to-follow tutorial from Home Dzine, all you need is some black iron pipe, steel fittings, a beer tower, CO2 regulator and tank, kegs, and hoses. It will be a superb creepy option to add some cringy and fun additions to your home for the party. Pouring beer from this ridiculous DIY draft tower will be a fun and amusing activity too.

The problem of limited space on your picnic table having a negative effect on the chilling effect of your keg is solved with this double-tap jockey box. What’s even better is that you can also use it as a beer tower when in need. This double-tap jockey box is the perfect companion for parties, picnics, and other outdoor events. It is a great way to serve beer chilled and carbonated all the time. This tutorial will teach you how to make one with materials that are readily available in the local hardware store.

How To Make A Watermelon Keg – Tipsy Bartender

To make a watermelon keg, drill five holes in the watermelon. Place a dispenser in one hole and attach a beer hose to it. Add a wine bag or two, fill the bag with beer, and insert it into the other hole. Now you are free to tap your neatly prepared beer tower! it won’t be the prettiest thing to look at, but it would be a very cheap alternative for your guests who want cold beer! If you are in charge of planning the party, this project is definitely for you. It’s funny, tasty, and cool. We will teach you how to transform a watermelon into a keg dispenser with a cut out at the top where you pour your beer just like from a regular keg dispenser.

Leave that fancy beer tower with the complicated pump thingy and beautiful tap handle behind, and get yourself a few party kegs. You don’t need anything fancy to drink your home-brew; the best party keg accessories are the kegs themselves! With these inexpensive accessories, you will be able to fill them yourself, chill them to your preferred serving temperature, move them around with just one hand—and drinks will never be spilled all over your floor. Get gourmet draft beer on tap in your house every time you want it—at almost zero cost! 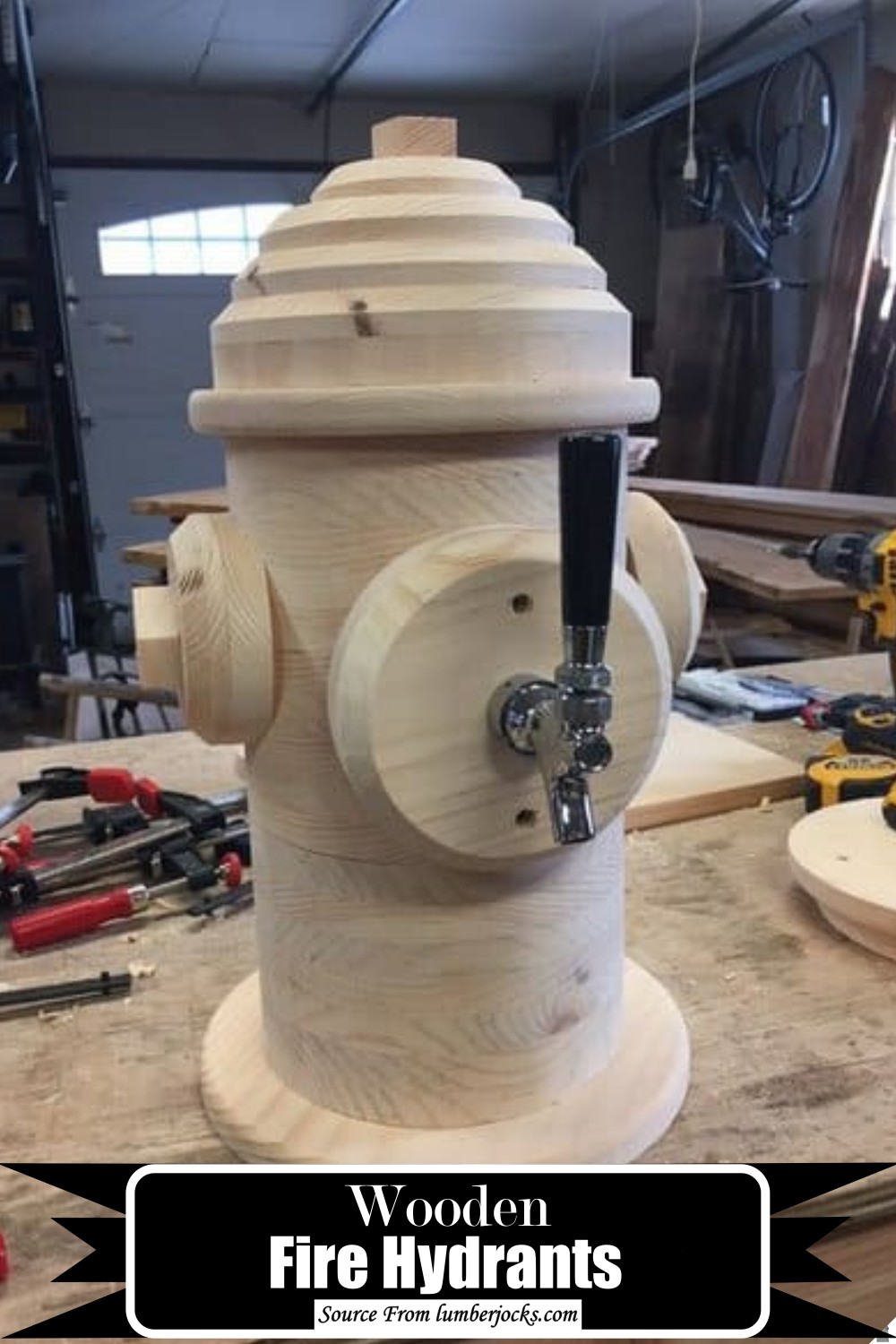 One of the guests in your group brings over a special box. Curious about what’s inside, you open it and are amazed to find that it’s a wooden fire hydrant. What’s more, it has a beer tap attached! After the party, this beer tower will become a great addition to your man cave. It looks spectacular with the beer tower attached to it, but it looks like a regular fire hydrant when it isn’t in use. The best part? It’s functional! A unique piece of decor that also serves as an interesting functional piece. Made to hold beer at up to 12 psi inside for easy tapping for your guests.

Make your Halloween party the spookiest around with our DIY pumpkin beer keg. Make sure to invite your friends who appreciate a good taste of the fall season, as this tower is sure to be a hit! Well, it’s an idea that doesn’t involve making a dress out of pumpkins, force-feeding a friend, or watching Nicolas Cage movies. We say pumpkins can be made into something useful — like beer! There’s just something about the combination of pumpkin and beer that makes us want to take a trip down to the nearest pumpkin patch and get a freshly carved pumpkin. However, if beer isn’t your thing, we have an excellent alternative for you!

How To Fill A Beer Tower/Giraffe

Over the years, I’ve put together a lot of beer towers for home use, so I thought it was about time to make one that works well. This video is not a DIY beer tower how-to but instead focuses on why you need to do things in a certain order to avoid overfilling and messy leaks as you fill your beer tower/giraffe. This should hopefully allow you to build and fill your first beer tower without swearing at it! You can use this trick at home or bar to make the perfect full beer tower. Fill a glass and put it over the faucet. 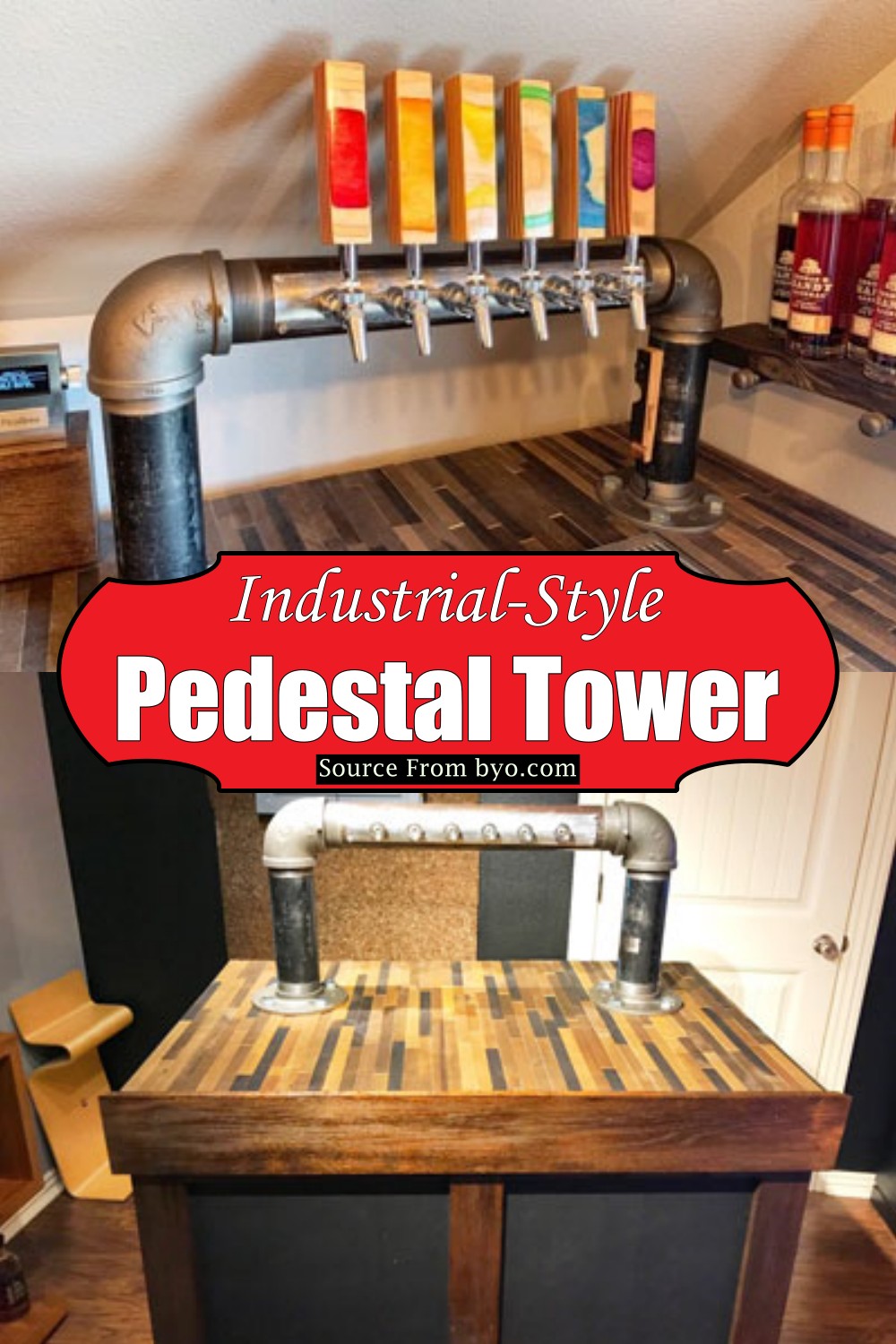 Build yourself a 6-tap beer tower in minutes! We’ll guide you through everything you need to know, from parts and materials to assembling the tap tower and mounting it on the wall. There are so many great things about this project! First, it only takes about an hour of your time to make. Second, it’s convenient—free up space on your bar by stashing away four kegs inside the fridge! Third, it’s reasonably priced and super simple—no fancy welding or metalworking expertise is needed!

This article teaches you how to build a great DIY Beer tower, ideal for parties and other occasions. A champagne glass tower or doggy bottle tower is an awesome thing to make and will impress everyone at the party with this simple and creative idea that you have backed up! The pouring of beers into these bottles looks just as awesome as pouring into a champagne glass tower. This DIY Beer Tower made from plastic beer glasses lets you turn your plain old beer bottles into something more special. Easy to master, enjoy! 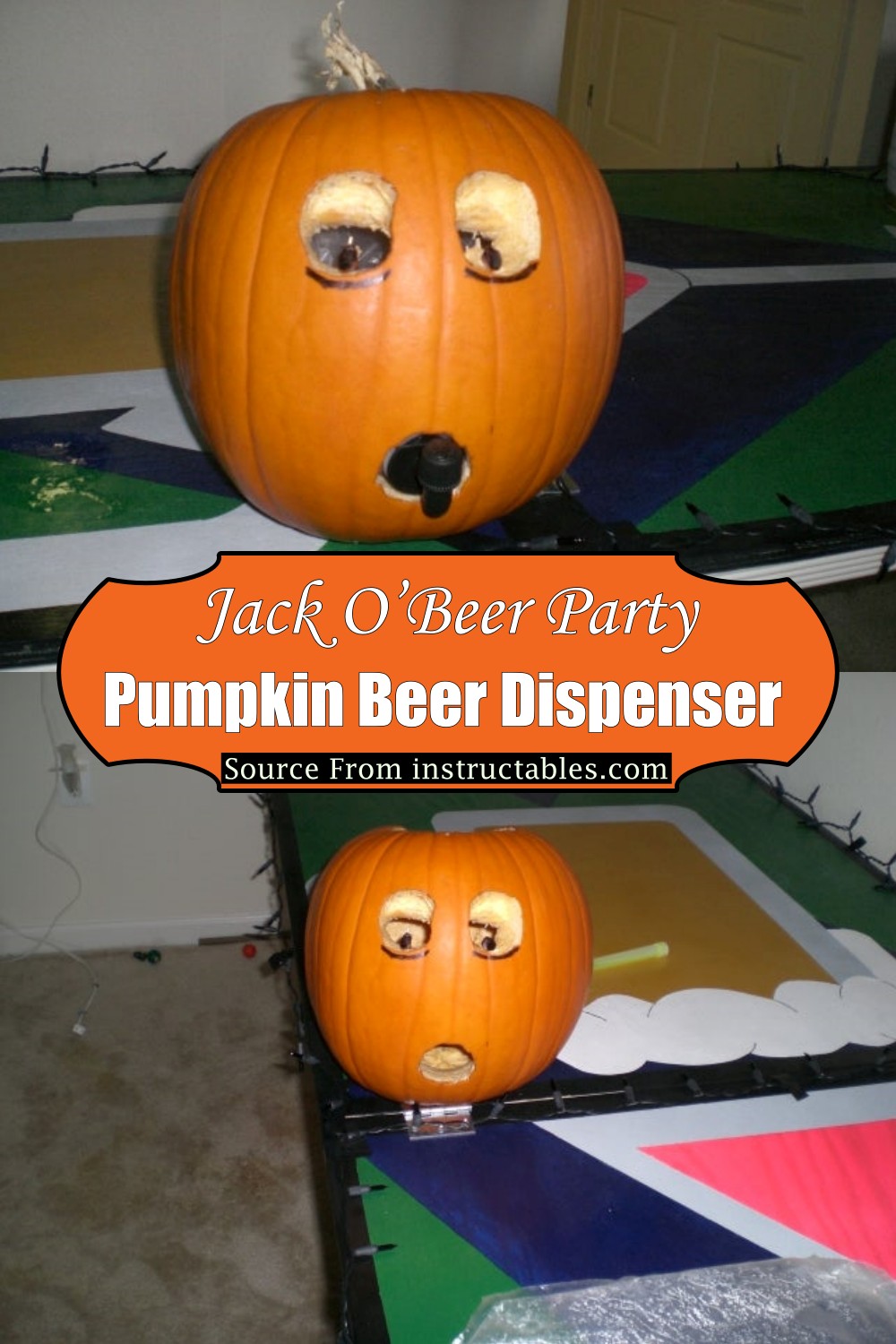 This beer pump and keg for serving pumpkin beer are easy to make as a party or home decoration. All you need is an empty pumpkin, a stainless steel cheese pumpkin keg, and some Scotch beer line cleaner. It is a simple, inexpensive, and decorative way to dispense your favorite beer. You’re not only able to use it as decoration at the party, but also as a part of your home decoration! If you have never smelled a freshly opened pumpkin, it’s one of the greatest smells ever. That’s why I don‘t mind carving them up every year; if they can be used as beer taps, they must be awesome.

Are you a beer lover? Maybe the coffee connoisseur in your life loves craft beer just as much as they love their hot morning cup of joe. Building a beer dispensing bar in your home is as easy as mounting several specific taps to the wall and plumbing them directly into the kegerator. This will not only make the serving beer very convenient, but it is also a neat-looking focal point! If so, hand them this tutorial video on how to install their very own beer tap wall that dispenses both coffee and beer. If that’s not entertaining enough, utilize the tap system to pour beer directly out of a kegerator into a glass. Lovemaking new things? Do it yourself with this step-by-step guide. 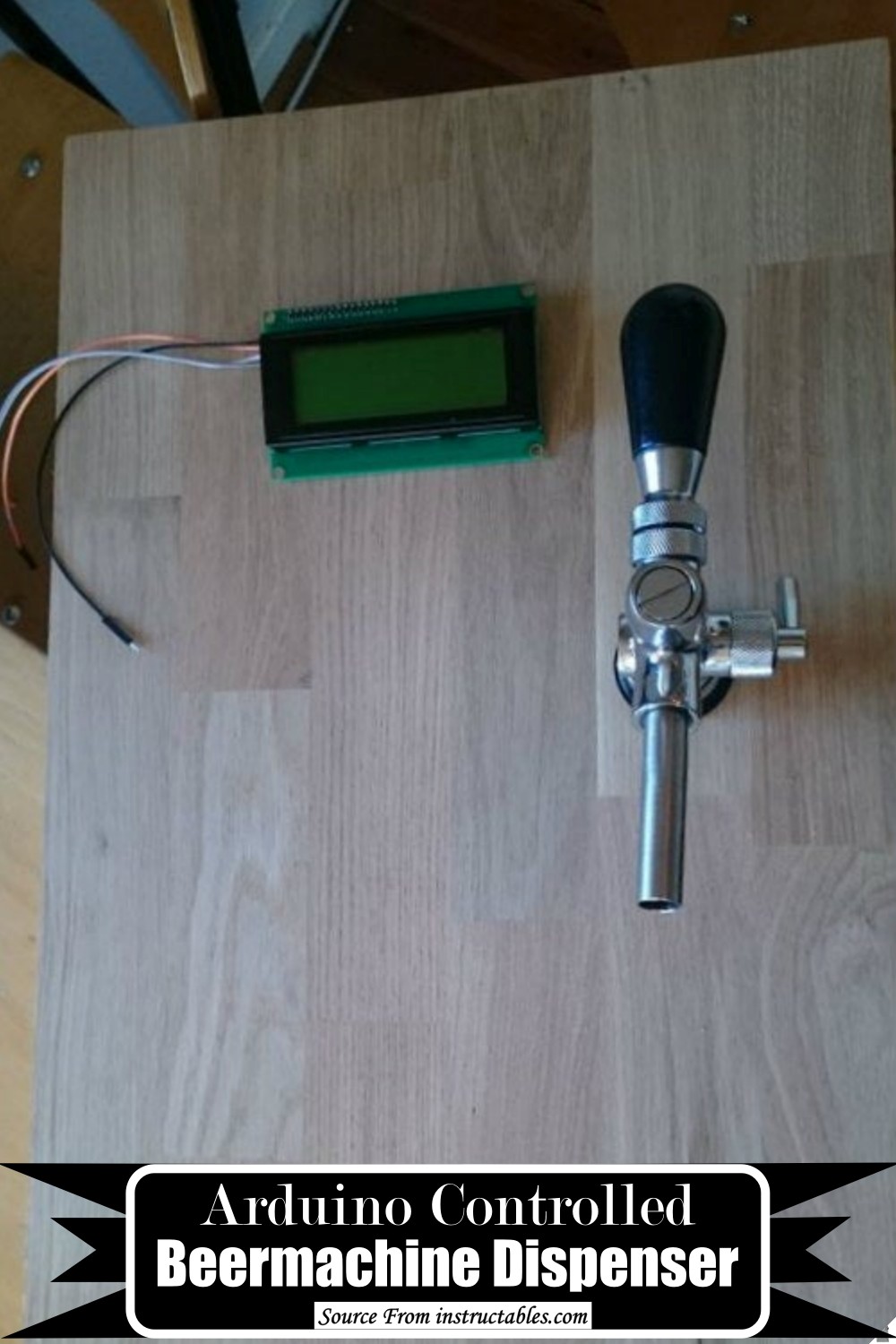 This is an Arduino-controlled beer machine. It is a project which uses an Arduino board and a thermal receipt printer to monitor the number of credits on a credit coin system and print out receipts using a thermal receipt printer. This guide contains the steps required to build the software, hardware, and interface for this project. The design allows using a standard beer bottle and the ability to control the dispensing rate via the Arduino Sketch. It’s an uphill task that quickly adds up to hours of work. What if there was a way to free up some time? What if you could make your friends do all the work while you enjoy the beer?

This is our Mini Keg With Ball Lock Tap System. It costs about 60 dollars and comes with all the goodies you’ll need, including a beer tower and hose to connect to your co2 canisters. This video will show you how it is assembled and how to adjust it so that it stays firmly in place. This is the easy-to-follow, step-by-step guide on how to connect ball lock kegs to a tap system. The youtube user that provided this guide demonstrates it by installing it into his mini keg.